Is nature so powerless over her? Cindy is flawless in her bikini for her age

Cindy Crawford remains one of the world’s most iconic supermodels – and it’s not hard to see why.

This week, the 56-year-old stripped down to her bikini for an Instagram photo and blew fans away with her incredible figure. 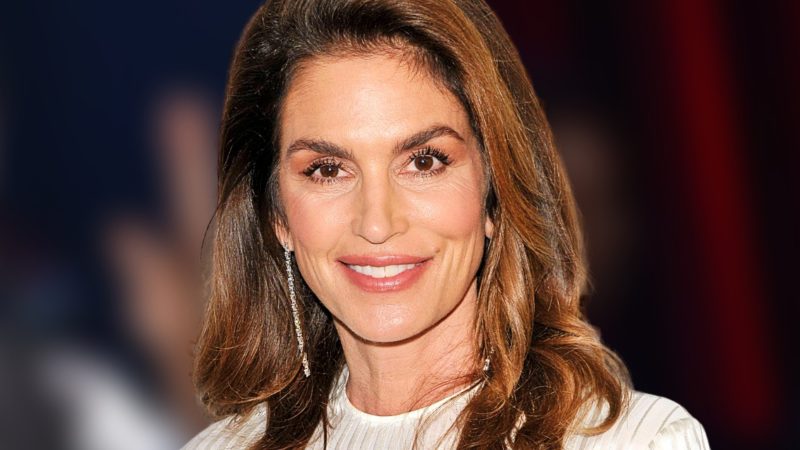 Cindy can be seen in the candid snapshot posing in a navy-blue two-piece with a warm white coat left undone. “Apres swim,” she captioned the post, along with a white love heart.

Her toned stomach and never-ending legs take centre stage in the image – and caused quite a stir amongst her fans, friends and family. Daughter Kaia Gerber was one of the first to comment on the post, simply writing: “Hot!!” while top swimwear designer Melissa Odabash added: “Always flawless.” “The most beautiful woman on the planet!” a third follower noted, as a fourth stated: “The BODY!”

Legendary supermodel ruled the runway back in the 1990s alongside her fellow members of the ‘Big Six’. She has now effectively passed on the baton to her daughter Kaia Gerber, who is following in her footsteps. Kaia, 20, is Cindy’s youngest child with businessman husband Rande Gerber. The couple, who have been married since May 1998, are also parents to 23-year-old model son Presley.

In a 2018 interview with Town and Country, Cindy opened up about her experience of motherhood and her approach to raising a family.

“Kids don’t always listen, but they are always watching what you do,” she shared. 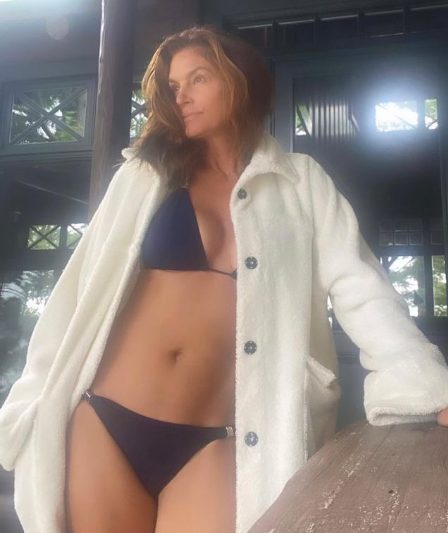 “If you’re polite to people, they learn to be polite. If you make family time a priority, they don’t even question spending time together.”

She continued: “If I’m constantly berating myself in front of them – I look old, I have more wrinkles every year, I can’t have that dessert because I’ll get fat – then they learn to do the same thing. You lead by example.”